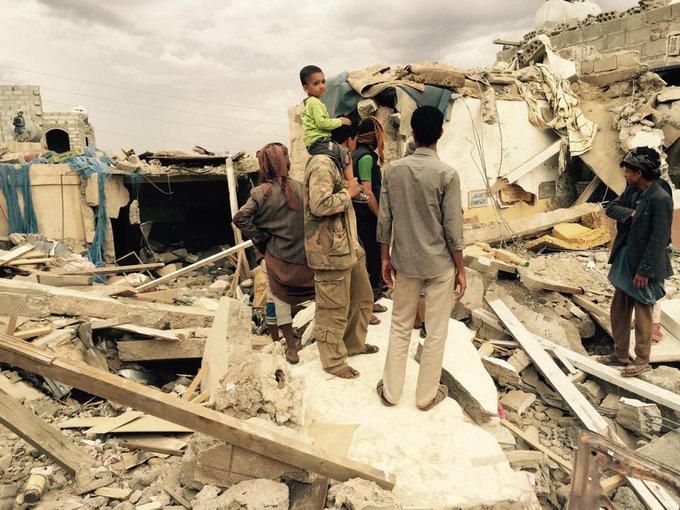 The ECCHR, Amnesty International France and Mwatana for Human Rights, partners of the Centre Delàs in the joint communication before the International Criminal Court on the role of European arms companies and government actors in the situation in Yemen, organize the conference “French Arms Exports and Conflict in Yemen: State Responsibility and Corporate duty of Vigilance”.

It has been established that military equipment manufactured in France is being used in the conflict in Yemen, such as military aircraft (produced by Dassault Aviation S.A), cruise missiles (MBDA France S.A.S and MBDA UK Ldt) and targeted devices (Thalès France). This equipment is exported to Saudi Arabia and the United Arab Emirates.

The airstrikes in Yemen against civilians and civilian infrastructure by the Saudi Arabia and UAE-led military coalition may amount to war crimes. On 9 September 2020, the United Nations Human Rights Council’s Panel of Experts on Yemen reiterated this finding while questioning the responsibility of arms suppliers – including France – to the parties to the conflict.

In this context, a communication was filed with the International Criminal Court by ECCHR, Mwatana for Human Rights and their partner organizations, including Amnesty International, on 11 December 2019. The communication raised the question of responsibility of French and European arms companies, as well as national authorities that issue export licenses, in the Yemen conflict. These nonprofit organizations call for an investigation into the alleged complicity of company executives in 26 air strikes that illegally killed or injured civilians and destroyed or damaged schools, hospitals and other protected objects.

In France, the March 2017 law relating to the duty of vigilance provides for the responsibility of all companies to respect human rights in the context of their activities, including the use of their products and services by third parties.

This conference, chaired by Dominique Potier, Member of Parliament and rapporteur of the 2017 law, will discuss:

– What role do French weapons play in the current conflict in Yemen?

– Can the French arms industry and government officials be held to account for their alleged complicity in war crimes committed in Yemen?

– What are France’s international commitments regarding international arms exports and what are the weaknesses in the French export control system?

– What are the human rights obligations for arms companies under the French law on the duty of vigilance?

Dominique Potier, Member of Parliament for the 5th constituency of Meurthe-et-Moselle and member of the French National Assembly’s Economic Affairs Committee

The event will be held in French and English with simultaneous interpretation.

Register for the conference here.