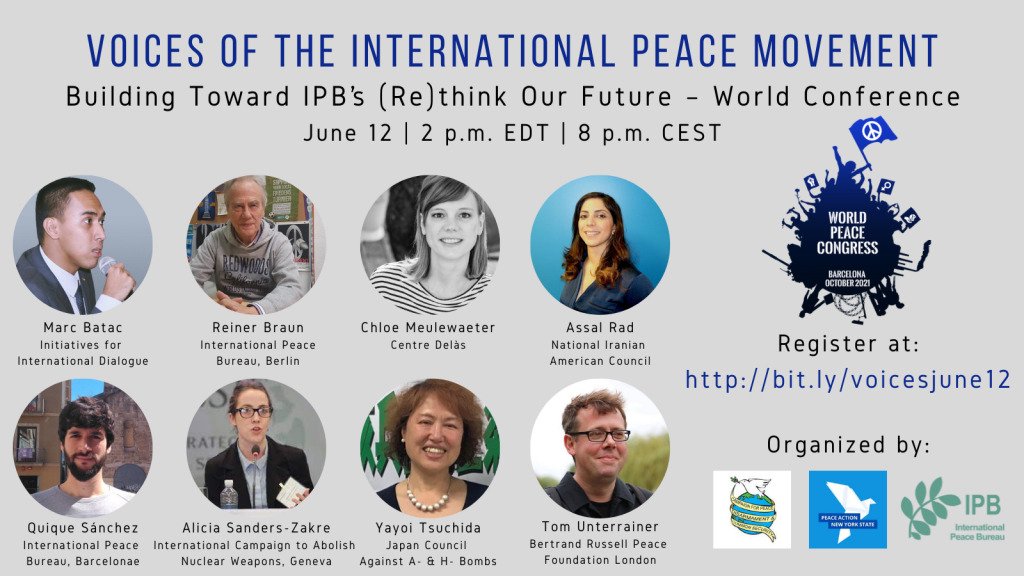 From nuclear weapons abolitionists in Japan, to Belgians working reduce military spending to meet urgent human needs and stanch climate change, Iranian Americans working to build a just society and prevent conflict between the U.S. and Iran., and Spaniards building an integrated justice and peace movement, we have allies and partners around the world.

They and thousands of others will be gathering in Barcelona and online this October. In preparation for this World Conference, the International Peace Bureau organizes the conversation “Voices of the International Peace Movement” on June 12, with the participation of members of Centre Delàs d’Estudis per la Pau, which is part of the World Peace Congress’ Local Committee.

This event will gather:

This event is organized by Campaign for Peace, Disarmament and Common Security, Peace Action of New York State and International Peace Bureau.