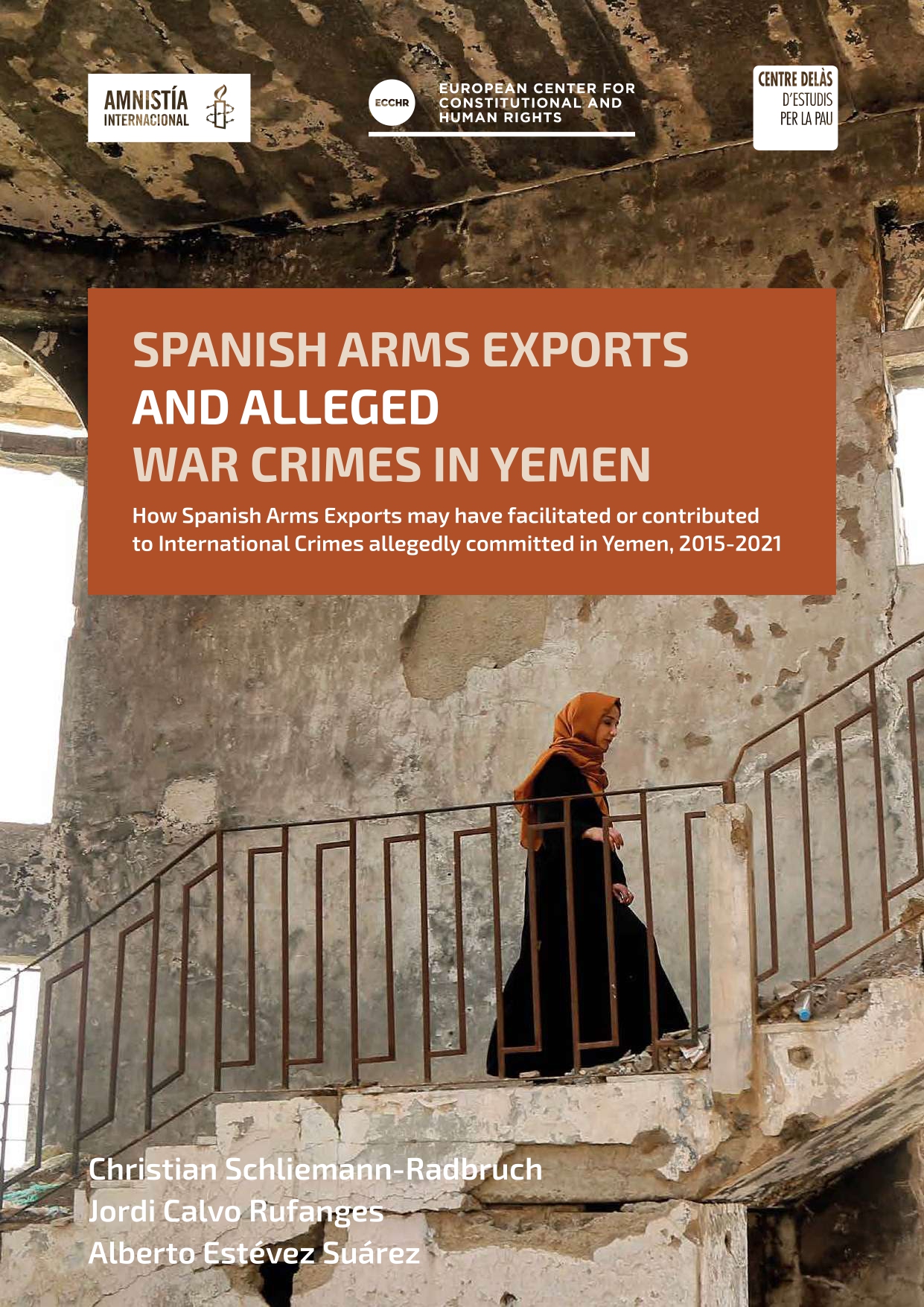 How Spanish Arms Exports may have facilitated or contributed to International Crimes allegedly committed in Yemen, 2015-2021

Since the Houthis armed group took control of Sana’a in September 2014 and the launch of the military operation “Decisive Storm” by the coalition led by Saudi Arabia and the Emirati in March 2015, the armed conflict continues in Yemen. Throughout this conflict, the aerial warfare, with military goods of European origin, indiscriminately and disproportionately affects Yemeni civilians, civilian objects and civilian infrastructure. The Eurofighter Typhoon combat aircraft and the A330 MRTT fuelling plain are aircraft of high military relevance. Spanish military equipment is essential for the both aircrafts and a number of other military goods used by the Coalition in the war.

This report aims to establish the links between Spanish arms transfers and alleged war crimes in Yemen between 2015 and 2021. To do so, it presents the background of the Coalition’s military interventions and its violations of International Human Rights; the role of Spain in arms exports to Yemen; the legal framework and the responsibility of the European States in relation to the provision of these to the belligerent parties; and the actus reus of Spain, evaluating the criminal liability of company directors and Spanish officials.

This report is the result of a joint effort by the European Center for Constitutional and Human Rights, the Centre Delàs for Peace Studies and Amnesty International Spain, with the field research of Mwatana For Human Rights.