Centre Delàs joins the Peace Wave actions to totally eliminate the nuclear weapons, because of Hiroshima and Nagasaki 75th anniversary 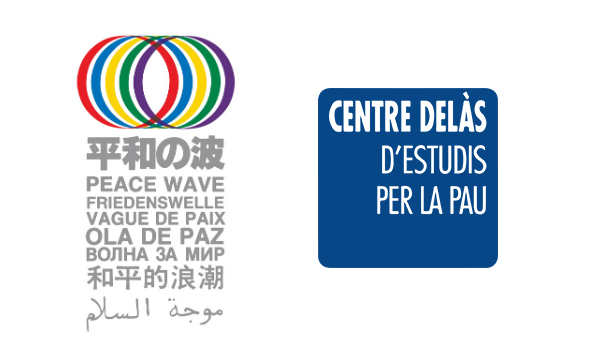 From Centre Delàs, as a committed entity to the peace culture, the disarm and the historical memory, we join to the different commemorative initiatives promoted by Peace Wave because of the Hiroshima and Nagasaki atomic bombs 75th anniversary. We share the values of this campaign and we want to report the aftermaths of this key moment of the history in the mankind.

On August 6 and 9, 2020 the 75th anniversary of the launching of the atomic bombs in the Japanese cities Hiroshima and Nagasaki, respectively. In 1945, the United States of America decided to bomb Japan with the most lethal armament ever built: the nuclear weapons. It was about 8.15 a.m. when the first atomic bomb in the history was launched on Hiroshima. The humanitarian impact was instantaneous: it is calculated that approximately 100.000 people died in the very first ten seconds after the explosion; the political impact, demolishing: the United States turned to be the world superpower in control of the most lethal deterrent material ever seen. Just three days later, at 11.02 a.m., the second atomic bomb was launched, in Nagasaki. A new era started: the atomic era.

Eleven years later, the survivors of this atacks, the so-called Hibakusha, joined themselves in Nagasaki and founded the Nihon Hidankyo, the Japan Confederation of A-and H-bomb Sufferers Organizations with the aim of “save humanity from its crisis through the lessons learned from our experiences, while at the same time saving ourselves”. Since then, the Hibakusha have done different actions claiming for the abolition of the nuclear weapons.

In 2016 it started the International Signature Campaing in Support of the Appeal of the Hibakusha for the Elimination of Nuclear Weapons. The signatures collection is still active with the aim of press the governments in order to subscribe this treatment and assume the total elimination of the nuclear armament. This is the objective that is also shared by Centre Delàs, and for that reason we have already signed this petition that could be found in the next link: https://hibakusha-appeal.net/spanish/.

It is also important that on August 2, 6 and 9 it will be carried out the World Conference against the A and H bombs where it will be done a revision of the world’s current state related to the nuclear arms, and where the new international action campaign, the “Peace Wave”, will be presented. This proposal is based on individual or group actions around the world with the goal of make the necessity of the nuclear weapons elimination visible. A great wave of simultaneous actions that will take place from August the 6th at 8.15 a.m., hour when the first atomic bomb was launched, to August the 9th at 11.02 a.m., when the second atomic bomb was launched. If you want to participate in these wave of peace actions you can register your action in http://www.antiatom.org/english/world_conference/peacewave.html. We need you collaboration to make the word a free nuclear weapons place.