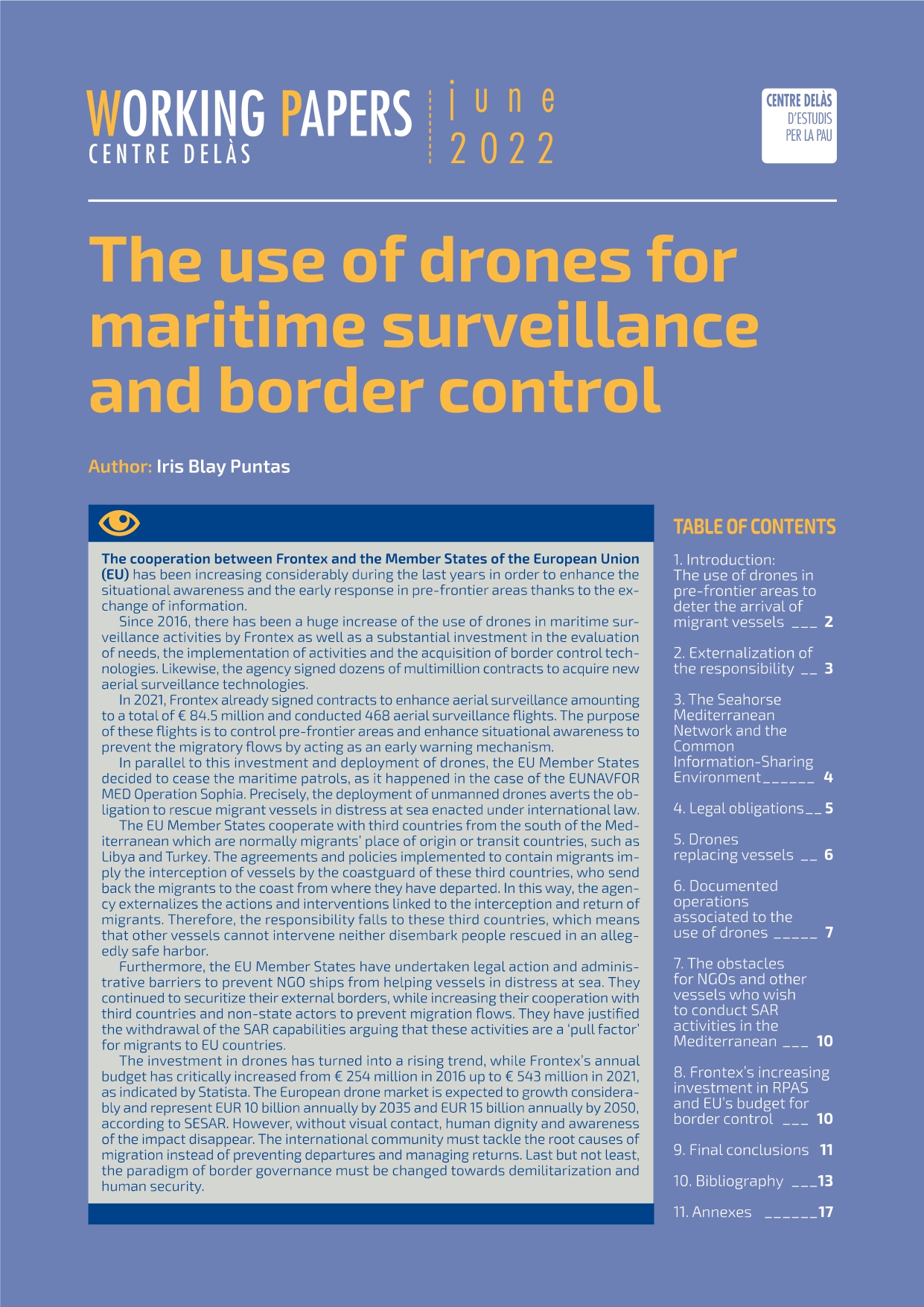 Since 2016, there has been a huge increase of the use of drones in maritime surveillance activities by the European Border and Coast Guard Agency (Frontex) as well as a substantial investment in the evaluation of needs, the implementation of activities and the acquisition of border control technologies. Likewise, the agency signed dozens of multimillion contracts to acquire new aerial surveillance technologies. In 2021, Frontex already signed contracts to enhance aerial surveillance amounting to a total of € 84.5 million and conducted 468 aerial surveillance flights. The purpose of these flights is to control pre-frontier areas and enhance situational awareness to prevent the migratory flows by acting as an early warning mechanism.

The Working Paper assesses how drones are used in pre-frontier areas to prevent migratory flows as well as how states’ cooperation with third countries avoids the obligation to intervene or carry out rescue activities. It analyses the increasing cooperation between the EU Member States and other key players through the exchange of information, and it goes further by identifying the externalization of border control and the outsourced responsibility, which implies systematic violations of the international law and the international human rights law. The project goes into detail with regard to the replacement of vessels by drones, including data collection of the maritime aerial surveillance operations carried out with drones. It also reflects the obstacles faced by NGOs and other vessels who would be able to rescue migrants in distress at sea. What is more, it includes data regarding Frontex’s budget allocation to acquire drones, public tenders and contracts signed by the agency. The research ends up prompting a debate about the critical role of the European Union on its southern border and the necessity to change the paradigm of border governance towards demilitarization and human security.

You can read and download here the Working Paper in English and in Spanish. 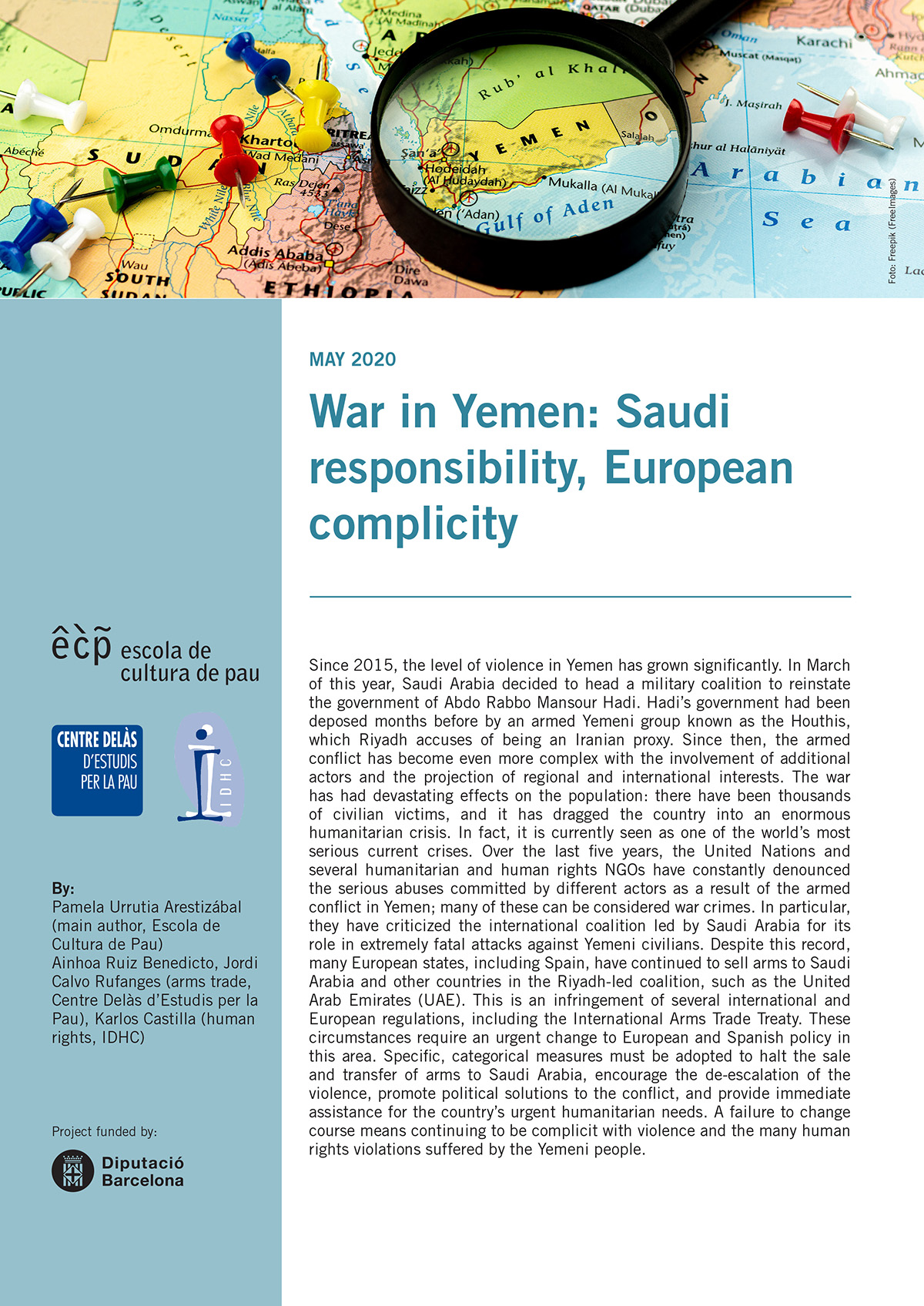 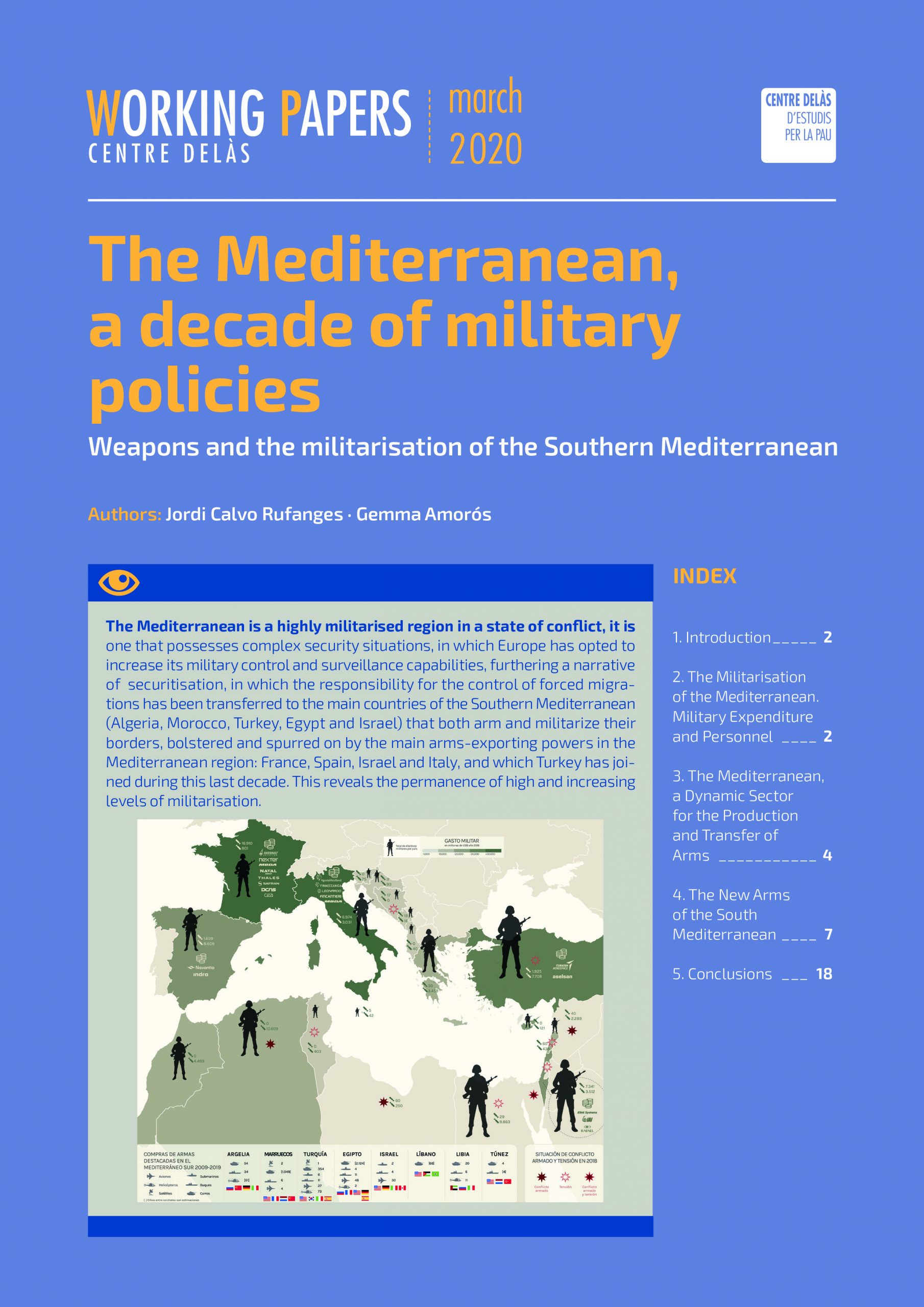 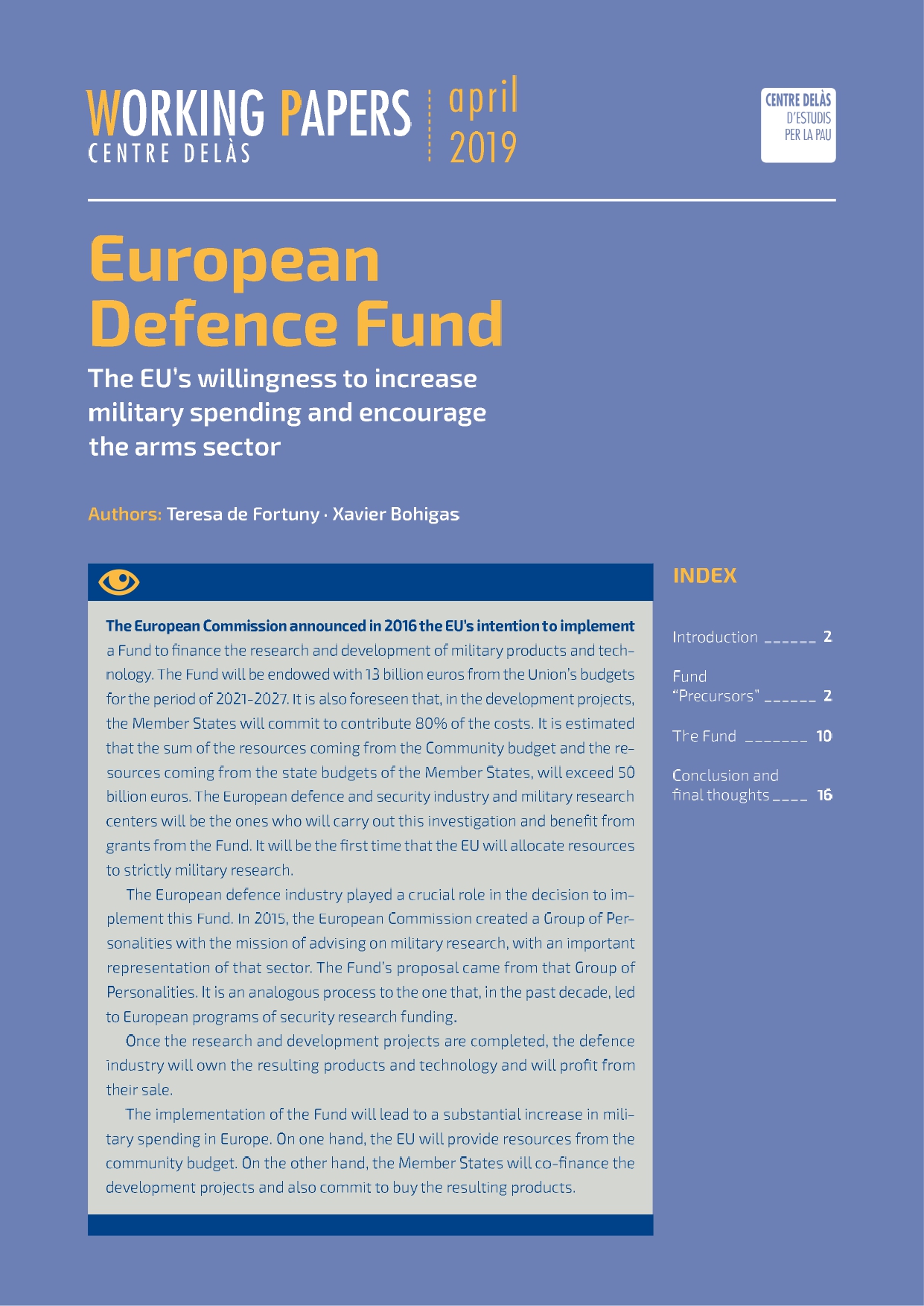 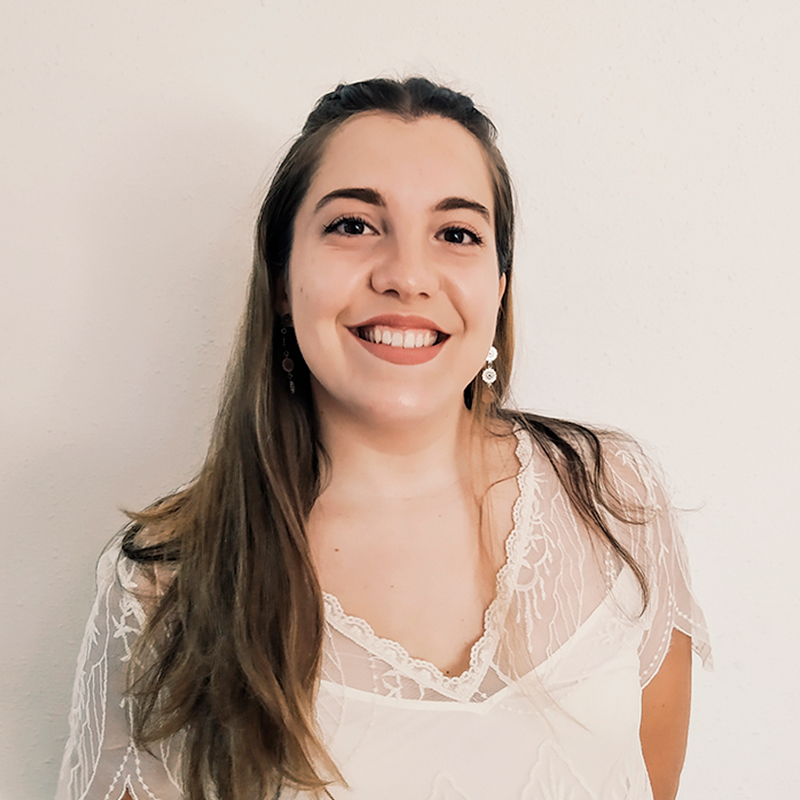