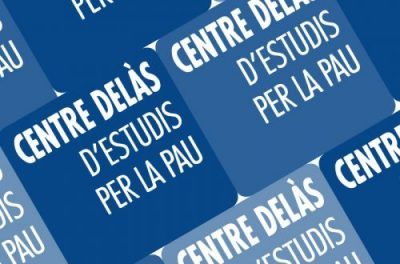 Yesterday the Industry & Research Committee (ITRE) of the European parliament (EP) adopted the provisionalagreement reached with the EU Council on a European Defence Fund for 2021-2027. The final vote in Plenarysession is planned on April 17.

As it currently stands, this compromise text sets a dangerous precedent against the democratic functioning ofthe EU and in particular against the oversight role of the Parliament: under derogatory rules, the Commissionwill adopt the work programmes of this Fund through ‘implementing acts’ (art.27), thus excluding the EuropeanParliament while Member States are given a de facto veto power through the Programme Committee (art. 28.2).

What was supposed to be an exception for the 2-years pilot programme preceding the Defence Fund*, in orderto respond to a specific time constrain, is to become the norm for the following 7 years, and not only for a newsensitive area of work: the same derogation is now being proposed for the Connecting Europe Facility, (fundinginstrument for trans-European networks), raising the risk of Member States systematically bypassing theEuropean Parliament and undermining EU democratic procedures.

The Conference of Presidents, consisting of the EP president and political groups chairs, had given a clearmandate to the EP negotiators NOT to accept a compromise on the Defence Fund that would undermine EP’straditional involvement in programming. This was ultimately ignored under political and national considerations.

“It is without precedent that a Parliament with legislative and budgetary power gives up its scrutiny role over a 7-years €13 billion fund. Such a compromise will pave the way for the EU to become merely a cash cow for anagglomerate of national short-term interests, and the Parliament reduced to a rubber-stampingbody” alerts AnnFeltham, Parliamentary co-ordinator for CAAT (UK).

The provisional agreement still raises a number of serious concerns ENAAT has regularly alerted on. In particular, the ethical review falls short of being transparent and credible (art 7).

Ethical screenings will happen only before the signature of the grant contract and on the basis of prior ethicalself-assessments by the industry itself; the list of independent experts to assist the EC in evaluation andmonitoring tasks will not be made public, making it impossible to double-check possible conflicts of interest; andthe possibility to carry out ethical checks during a project implementation or to terminate it on ethical groundshave been removed.

“Presented as a response to civil society concerns, this ethical review rather looks like a farce, giving a central roleto the industry and using ‘national security’ as an excuse for blanket secrecy” says Bram Vranken, Spokespersonfor Vredesactie (B).

Contributing to the industry competitiveness is one of the stated objectives of the Fund, and “creating newmarket opportunities across the Union and beyond” is part of the award criteria. On the other hand the EU willhave no say on the export of EU-funded military goods as Member States, with divergent practices, will keep fullcontrol of the licensing of EU-funded arms exports. The compromise even rejects the EP proposal not to supportthe research and development of small arms and light weapons (SALWs) when mainly for export purposes.

“As the European military industry makes a large share of its sales outside Europe, subsidizing arms industry R&Dto boost its global competitiveness will inevitably increase EU arms exports to areas where there is tension orconflict; in turn weapons proliferation encourages the use of force rather than peaceful solutions” adds Wendelade Vries, Co-ordinator at Stop Wapenhandel (NL).

The EU Defence Fund will still contribute to the development of controversial weapons.

While the exclusion of lethal autonomous weapons without the possibility of human control over criticalfunctions, won by the EP, is to be welcomed, R&D for other autonomous or unmanned systems is allowed,including armed drones or fully autonomous systems “for defensive purpose only”.“Also, not all types of weapons of mass destruction, including nuclear technology or white phosphorus, areexcluded. In a context where ‘obvious’ international treaties can suddenly be put into question by superpowers, itis a concern that the EU avoids defining reliable standards when it comes to developing new weaponry” concludes Francesco Vignarca, Coordinator of the Italian Disarmament Network.