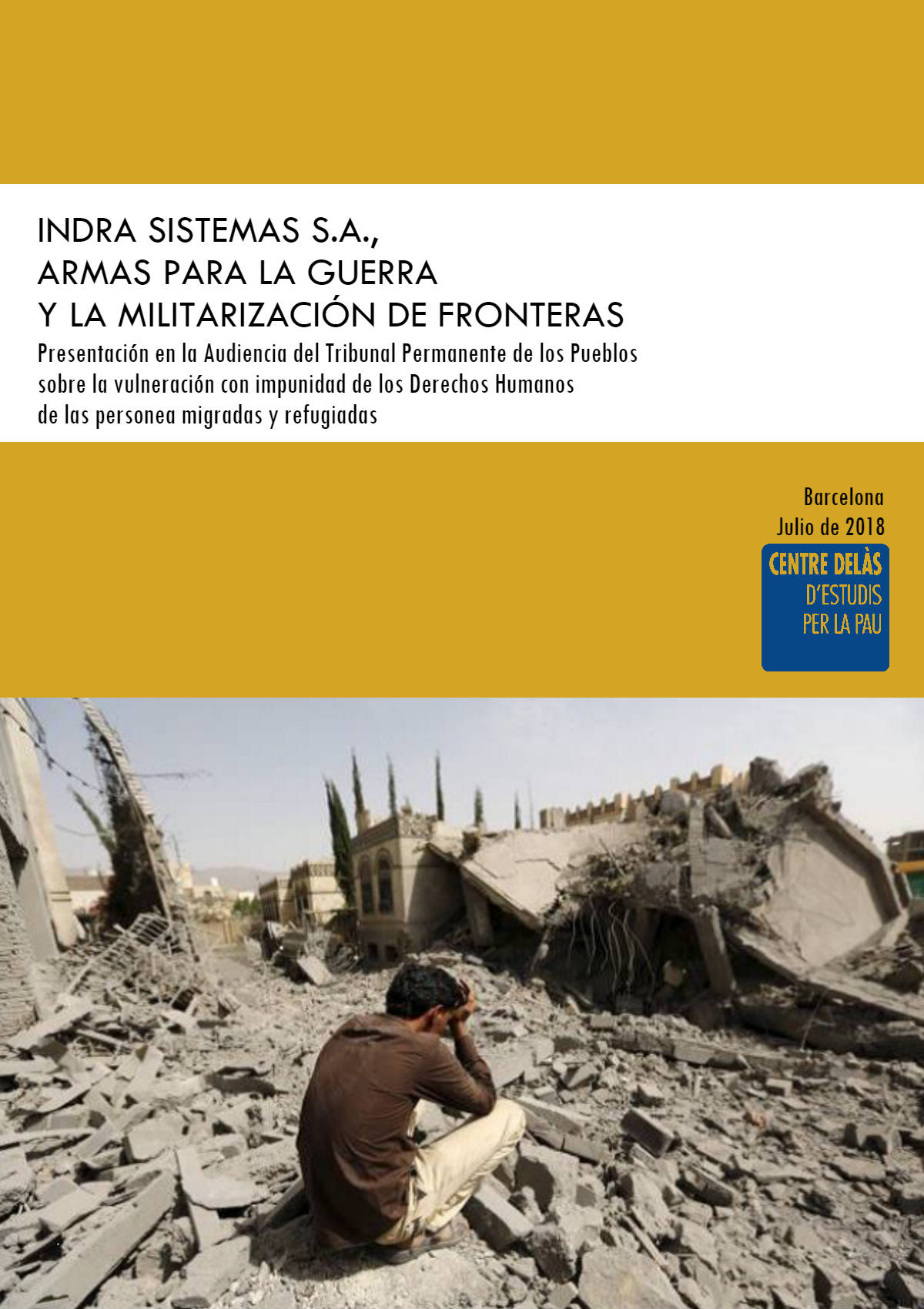 Indra is one of the main military companies in Spain and one of the main defences and security companies in Europe. Indra has a strong presence in lobbies in Europe and a close relationship with the Spanish government (18.7% of its shares are owned by SEPI – a public government company), and this active lobbying has resulted in a large number of projects and public contracts for Indra.

This document analyses Indra’s role in the militarisation of the borders through the construction of a third fence on the Spanish border in Melilla, where numerous violations of the rights of migrants have been documented. “Indra Sistemas S.A., weapons for war and border militarisation” also focuses on Indra’s relationship with the war in Yemen, since the Saudi army uses weapons with components and electronic products produced by Indra, such as the Eurofighter – Saudi Arabia leads an international coalition that carries out military operations in Yemen where it has bombed civilian targets.

This document was prepared for the presentation of the “Indra Case” at the Audience of the Permanent Peoples’ Tribunal on the violation with impunity of the Human Rights of migrants and refugees, which took place from the 29th of June to the 1st of July 2018 in Barcelona.