A militarised Union. Understanding and confronting the militarisation of the European Union 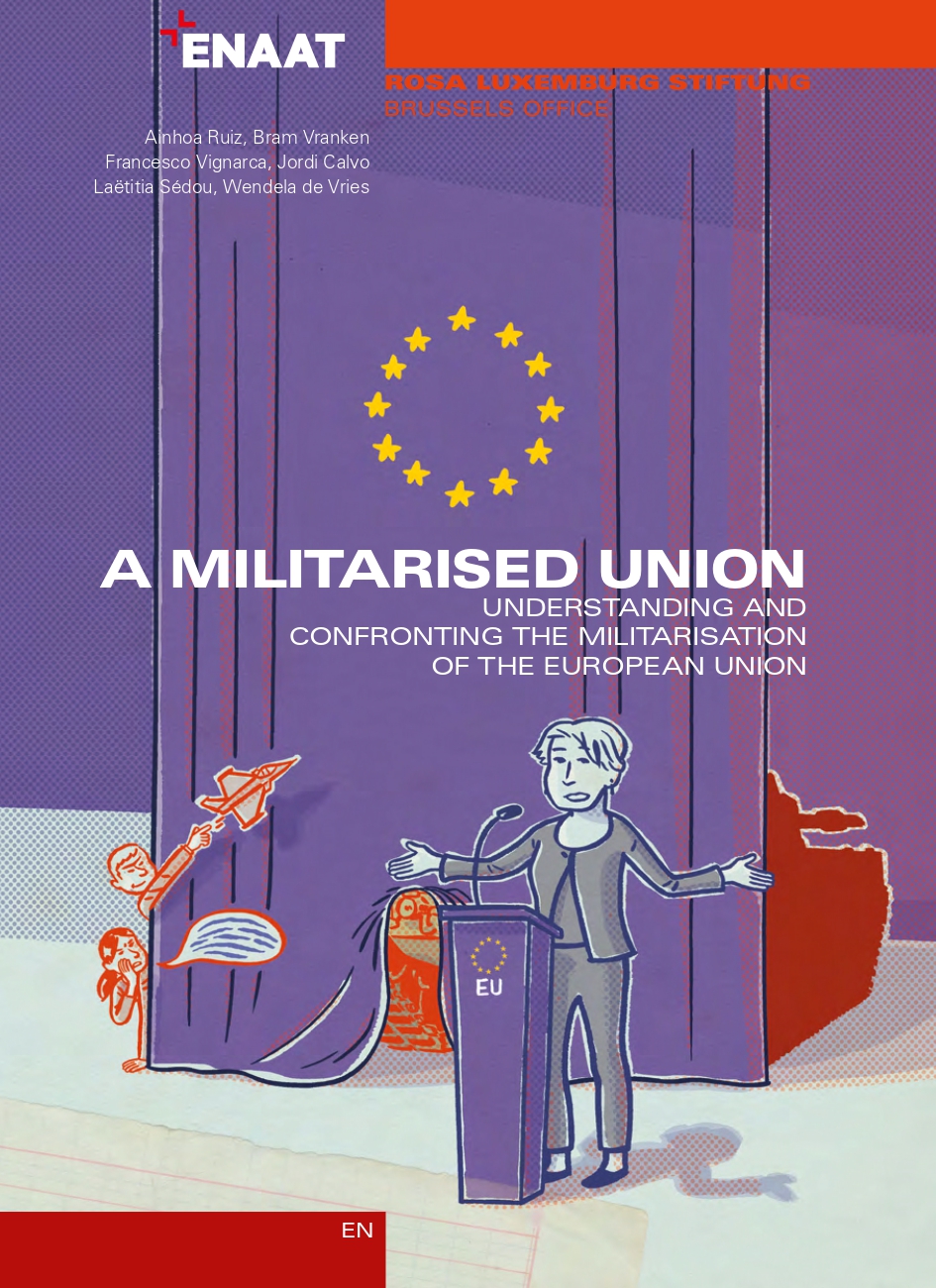 How is the European Union (EU) preparing itself for the challenges that lie ahead? How will it deal with the climate, economic and social crises we are facing? What steps is it taking to tackle the root causes of these crises?

Answers to these questions are vital to those living within and outside the EU. The EU’s priorities and the subsequent allocation of political attention, personnel and financial resources matter a great deal. Disturbingly, the EU and its Member States have taken significant steps in recent years to divert attention and resources from civilian to military priorities. Only a couple of years ago, warnings about an EU military-industrial complex seemed far-fetched; it is now becoming a reality of which the EU is increasingly proud.

Although ideas regarding the militarisation of the EU have been around for a long time, they gained significant traction in 2016 with the Brexit referendum. In just a few years, EU Member States and institutions — with substantial lobbying by the European arms and security industries — have advanced the militarisation of the EU at a worrying pace. The establishment of the Permanent Structured Cooperation (PESCO) and the Coordinated Annual Review on Defence (CARD) as well as the introduction of the European Defence Fund (EDF) have paved the way for an EU-wide shift towards military priorities — to the detriment of Member State cooperation on social issues and peace.

The development of joint military capabilities has been encouraged, and commitments to increase military spending are being made, based on the notion that the European project is under threat and that a ‘stronger Europe’ is needed on the global stage. Calls for the EU to make use of its military weight globally are getting louder and louder. As further social and economic EU integration is being rejected and/or blocked by Member States, this strategy seems to stem from a desire to demonstrate the EU’s ability to act in times of crises, integrate right-wing populist actors and forge a new consensus for Europe — one that ‘protects’.

At the same time, ideas such as ‘strategic autonomy’ or claims that the EU’s militarisation will ultimately cut military procurement costs are overshadowing the deep divide between Member States and their military-strategic, economic and geostrategic goals. Given the highly delicate nature of security, defence and foreign policy, serious doubts must be cast on the idea that building an EU military-industrial complex will deepen ties among Member States and foster consensus. What is certain is that the European arms and security industries are, and will be, profiting directly from EU taxpayers’ money and EU-wide commitments to increase military spending.

However, the shift in discourse, structure and financing to prioritise militarisation will neither secure peace nor address the structural causes of the conflicts which have been, and will continue to be, fuelled not least by the exploitative economy of a neoliberal EU. Despite this alarming development, the EU’s militarisation and its possible long-term implications for the bloc are not well known among the left or the progressive spectrum in Europe. Political education materials that give a comprehensive but compact overview of the basic elements of EU militarisation are scarce. This booklet aims to fill this gap and provide an introduction to this complex subject. We hope that it will prove a helpful resource for those active in peace movements, younger readers looking for a critical and constructive approach towards the EU, and those fighting for a more peaceful, social and climate-just Europe.

This booklet was made possible by members of the European Network Against Arms Trade (ENAAT) and builds on their expertise, experience and commitment. We thank them profoundly not only for their hard work putting this publication together but above all for the battles that they are fighting day in, day out regarding this issue.